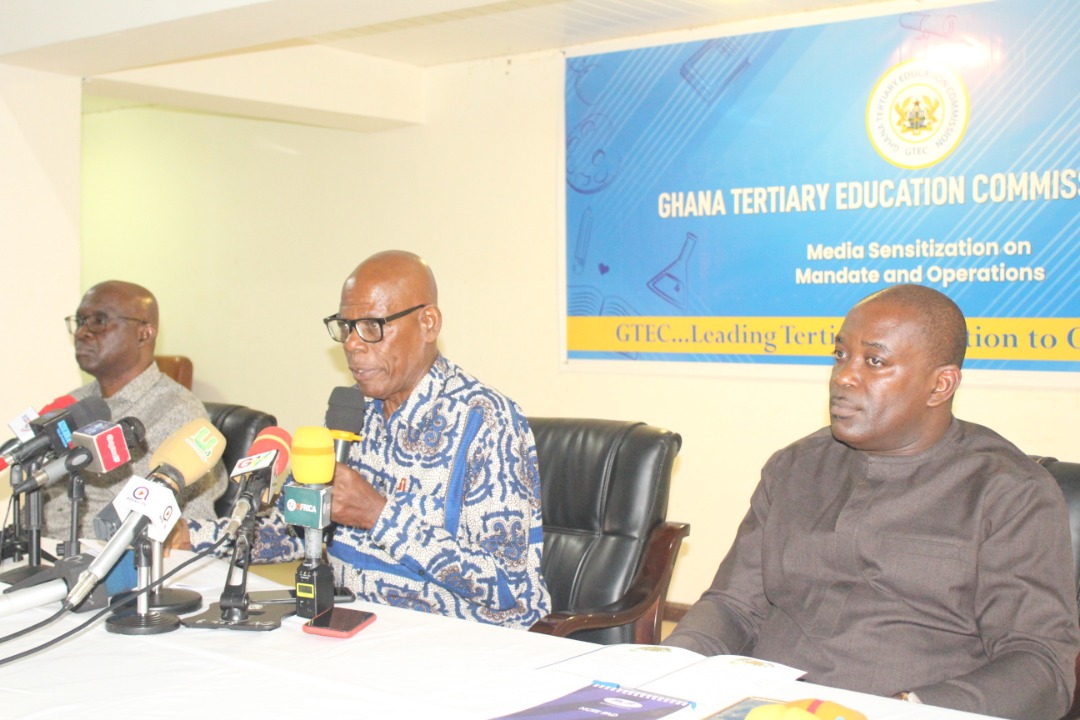 Ghana Tertiary Education Commission (GTEC) has held its maiden media seminar to sensitize the media on its mandate and operations as well as seek stronger partnership and collaboration from the inky fraternity.

The Chairman, Prof. Kwame Boafo-Arthur in his welcome address outlined the core objectives of the seminar, which was to ‘’to inform and educate the media on the mandate and operations of the commission, to come up with strategies on how best the Commission in collaboration with the media can put the issue of continuous quality improvement at the front burner of national discourse and to establish the level of awareness of Standards and Quality Assurance in Tertiary Education by the Media’’.

The Director-General, Prof. Mohammed Salifu in his presentation recounted how GTEC came into being, which was a result of an amalgamation between the erstwhile National Council for Tertiary Education (NCTE) and the National Accreditation Board (NAB). NCTE and NAB were two separate entities which by their Acts and Legislative Instruments (LI) had separate mandates but they were merged under the Education Regulatory Bodies Act 2020 (ACT 1023) as a result of duplication and conflicting functions which occurred sometimes between the two entities.

The D-G also took the media through some key relevant sections of Act 1023 particularly section 36 (1) (b) which states that ‘’ a person who advertises a tertiary education institution or a tertiary education program that is not accredited commits an offence and is liable on summary conviction to a fine of not less than ten thousand penalty units or to a term of imprisonment of not less that fifteen years and not more than twenty years or to both’’.

In his closing remarks, Prof. Salifu made a clarion call to the media to be vigilant and cautious when advertising Tertiary Education Programs and Institution. Further, he urged them to always cross check with the Accreditation Directorate of the Commission or to make enquires since Accredited Institutions and Programmes are advertised quarterly in some selected media outfit and also on the Commission’s website.

The event was also graced by the Deputy Director-General, Dr. Ahmed Jinapor, Directors and Departmental Heads of the Commission.